Why Our Baby Play Area Has No Walls 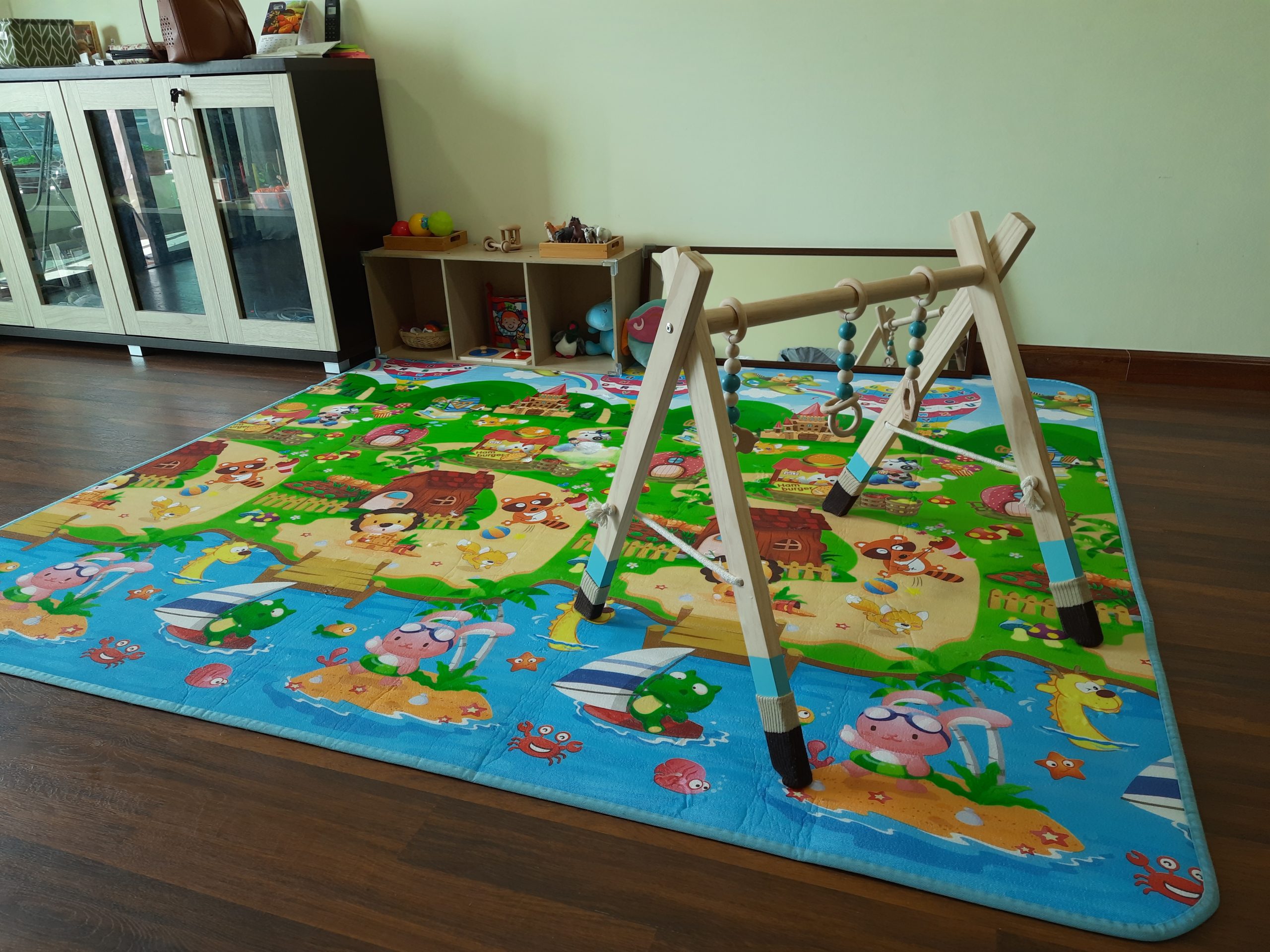 When we first started setting up our baby’s play area, my wife and I were going to do the traditional thing: put down a soft mat, and then set up a fence to create a nice, safe, play pen. That was the plan. We never did buy that play-pen fence, and here’s why…

Friends came to visit, and they brought their little toddler with them. He’d learnt how to walk about a week earlier. Upon arrival, he immediately dug into the toys we’d bough for our little girl. And, he was running around like crazy.

He’d play with the toys, then use the wall to stand up. After that he’d run over to his mother or father, then over to the balcony sliding door, muttering something about the danger of falling out of the bouncy chair as he passed it. And, then he’d walk back to the play area to play with another toy, or to look at the mirror we have set up against the wall.

That little boy taught us that our play area was simply too small for an active toddler. I imagined our daughter crawling (she wasn’t back then) and running around, and didn’t like the idea of limiting her to that tiny area.

That evening, my wife and I decided to ditch the play-pen fencing, and make the entire lounge & living area her playground. We bought child safety gates to keep her out of the kitchen and the rest of the house, and started baby-proofing our main living space.

This is where having to replace our floor turned into a blessing. We originally had a tile floor, which exploded one day (tiles literally popped out of the floor). So, we replaced it with a nice wooden floor. Wood is a much softer surface to fall on than tiles. I don’t think we’d have dared to make the entire living space her playground with the old tile floor.

To Baby, Even the Gates Are Toys

Think that a gate is just a gate? Think again, my friends. It’s a great way to pull yourself up to standing. You can then look further, and even walk along it by grabbing different poles. Then you lower yourself down to sitting, and do it all again.

One lesson I’ve learned is that anything and everything can become a toy in the eyes of your child. It’s whatever their imagination makes it to be. I think there’s a lesson in that for us adults, who tend to get fixed ideas of what something is and should be used for.

What Does Baby Think of Her Playground?

No idea really, as she can’t speak yet. 😉

I bet if she could speak, she’d wonder why you’re even asking the question, because this is normal to her. She’s never been boxed in, and never experienced a play-pen.

She definitely crawls from end to end, enjoying looking out the glass doors, and exploring her entire space. To me, that’s a sign that she enjoys it. She even tries to sneak through the gates into the kitchen and hallway whenever she gets a chance. This girl isn’t meant to be caged in…