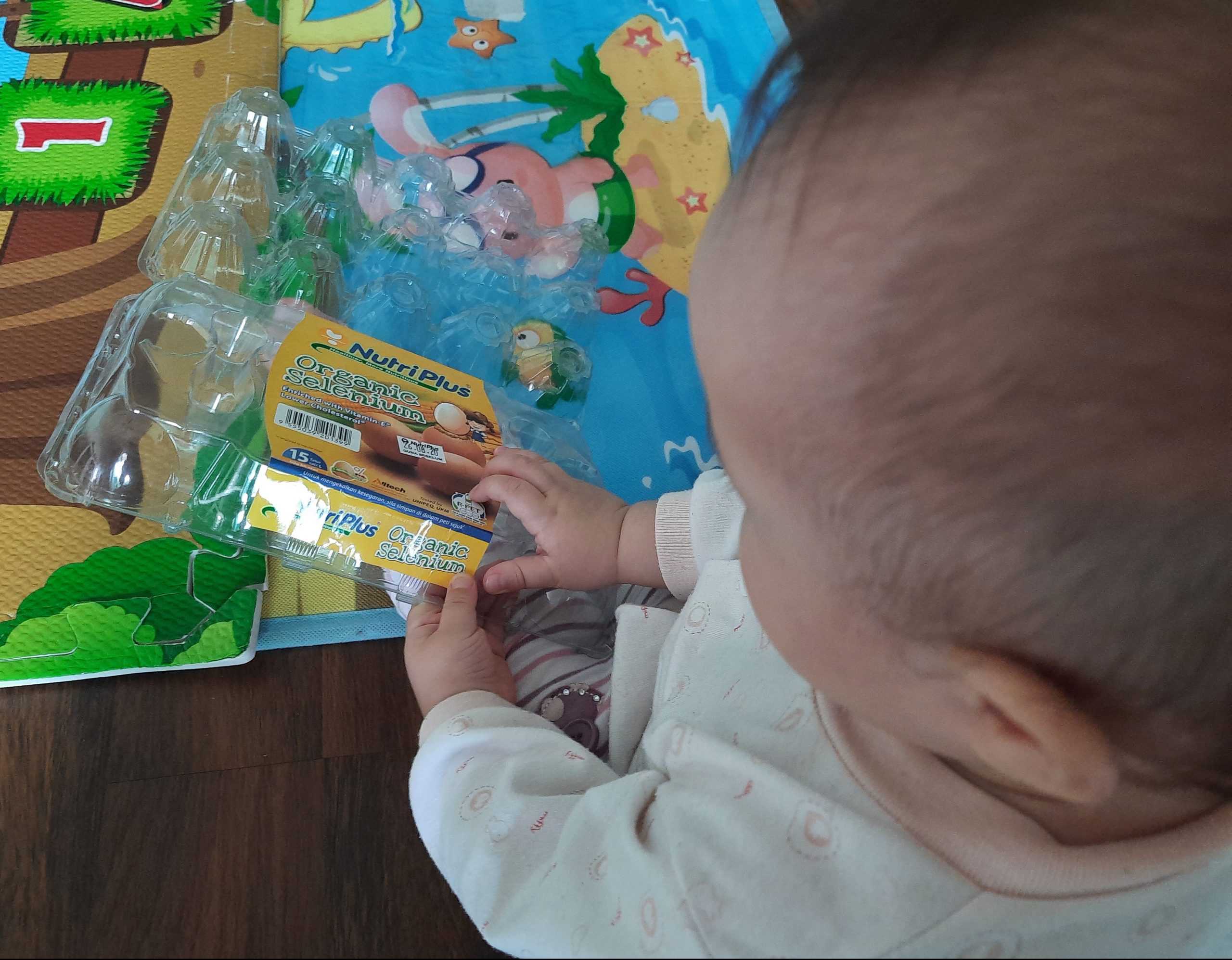 Ladies and gentlemen, I present to you my baby’s very latest toy. She chose it herself, and was very insistent that this was it! This, is what she wanted to play with.

That’s right, it’s an egg carton. We carelessly left it where she could reach, and now it’s hers. She has other toys, including toys from the store. And she does play with them, but this is her favourite right now.

Our child is not alone. This is pretty typical behaviour for a child. Here’s another baby and her picks:

I feel a little sorry for Aubrie because things keep getting yanked away just when she’s starting to play. Still, the results are pretty clear. And, you can find more videos just like it on YouTube.

Why do Babies Prefer Random Objects Over Toys?

Simply put, babies don’t look at things the way we do. We’ve got this catalog of what things are and how they’re supposed to be used, but they don’t. At least, not yet. So while we see toys and other objects, to them, everything is an interesting object waiting to be discovered.

Okay, so babies don’t know the difference between toys and other objects. That makes sense. But, why do they seem to prefer other objects to toys? Doing some quick online research, the consensus is that the objects that interest them depends on their stage of sensorimotor development (e.g., this article, and this paper). What they’re drawn to depends on their capabilities at the time.

Looking back at my own daughter’s development, initially she just looked at toys because she lacked the ability to pick them up. Eventually, she took an interest in objects that are about the right size and weight for her hands to pick up. She repeatedly tried to pick them up until she’d mastered that skill.

We have a tower toy that has a set of disks held on a stick with a ball on top. For the longest time she’s been predominantly interested in just the ball, and maybe a few of the smaller disks. She has repeatedly seen us putting the disks and ball back onto the stick that holds it all together, but has shown little interest in trying to do so herself. Until recently, that is. Her coordination and motor skills are getting to the point where she’ll soon be able to thread the disks onto the stick, and put the ball on top. And so, she’s taken an interest in the challenge.

Likewise, she became increasingly interested in tiny objects once her pincer grasp started improving. Now we have to watch out, because she’ll find little bits on the floor, pick them up… and put them in her mouth!

What our baby (and yours) is doing, is learning about the world and how to interact with it. She’s developing her skill set. As her sensorimotor skills improve, the horizons of her little world open up, and she can explore ever more interesting things. The new egg carton “toy” is just one item in a long list that is helping her to understand how to interact with the world.

We’re both bracing ourselves for the day she learns to walk, because her horizons of discovery will grow much larger. It’ll be a joyous day for our little family. We’ll need to watch over her ever more faithfully, so that she can explore her growing horizons safely.

Should I Even Bother Buying Toys?

Hehe. We’re still buying toys, and others are buying them as gifts. However, we’re selective, preferring simple open ended toys such as blocks and wooden puzzles. I’ve always had a love for open-ended toys such as blocks and lego, because how to play is completely up to the child’s imagination. There’s no preset purpose which, to be blunt, your child’s probably going to ignore anyway.

I think that one difficulty with buying toys is that they’re designed to appeal to the buyer (a.k.a., you and me), instead of the user (little baby). So, they’re bright and colourful and cute looking. But, they can also be too “busy,” with too many features and things to look at. This can be overwhelming for your little baby’s mind, leading to a lack of interest.

Montessori toys are worth looking at. They tend to be simpler, sensorimotor skill focused, and generally fit what we’re looking for in toys.